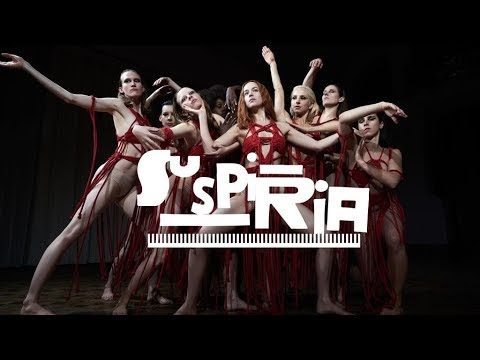 Remakes are always tricky propositions especially within the horror genre where films have such dedicated fanbases. This trickiness counts for double when you are remaking a movie like Suspiria which is considered an all-time horror classic.  Also given the critical snobbery often surrounding horror it seems especially risky for Oscar-nominated arthouse darling Luca Guadagnino to take on this project. So was it worth the risk? Mostly but not entirely is the answer to that.

It was entirely apparent from the trailers that this Suspiria was going to be different. The most immediately noticeable difference is the visual palette. This Suspiria looks very grey, sombre and more not unlike say, a Michal Haneke film, which is a considerable distance from the colour drenched original. Also, this movie has moved the action from Freiburg to Berlin. With Guadagnino stating in interviews, he wanted to make a film which also looked into the socio-political climate of late 70’s Berlin. A noble purpose but this is one of the elements that does not work. All the references to the Baader-Meinhoff complex and the politics of the time feel shoe-horned in and superfluous to the central plot.

The central plot, or certainly it’s beginning, is one of the things that has not changed. As just like the original we have a newcomer American dancer Suzie Bannion (Dakota Johnson) arriving at a prestigious German dance academy supervised by Madam Blanc (Tilda Swinton). An Academy that just so happens to be run by a coven of witches. Many of the plot beats of the original remain here but with slightly different twists. Such as one of the students, Patricia (Chloe Grace Moretz), disappearing at the start and Suzie’s best friend Sara (Mia Goth) finding the coven’s secret lair.

In terms of the horror on display here, there is undoubtedly some compelling moments, the death of one of the dancers being a genuinely wince-inducing moment. There is also a couple of dream sequence which are unsettling. However, there is a curious lack of tension or suspense to proceedings. Something horrible happens then the film meanders on then another horrible thing happens etc.  This lack of momentum can be frustrating, and there are times the movie does not seem to be going anywhere. The film particularly stalls when following Dr. Josef Klemperer (Swinton) whose sub-plot while necessary to an extent could have been cut down. The same criticism could also extend to the film’s epic 2 ½ hour running time.

There is also plenty to admire here though as the performances across the board are strong particularly Swinton’s multi-faceted performance as Madame Blanc. The dance sequences are also intense and exhilarating spectacles imbued with a brooding horror. Getting under your skin in a way you wish more of the film did.

Overall: As a remake it can’t compare to Argento’s original. As a movie itself, it is overlong and overstuffed but also at times captivating and unsettling.