Get the latest reviews and interviews before everyone else! 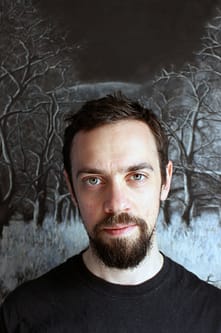 Scott Murphy is a free-lance journalist, reviewer and podcaster. He got into horror in his early teens and has not looked back since. He currently writes reviews for The Wee Reviw and has previously written for Slimehouse TV, Subtitled Online and The 405.  His favourite horror movie is The Shining and his favourite horror novel is Interview with The Vampire.

He graduated from the University of the West of Scotland with a BA (Hons) in Journalism in 2009. His other interests besides horror include film, heavy metal, professional wrestling, comic books, sci-fi, literature, MMA, and, weirdly given his many geeky pursuits, football. His critical ambition is to become the next Mark Kermode or Kim Newman. He currently resides in Edinburgh.