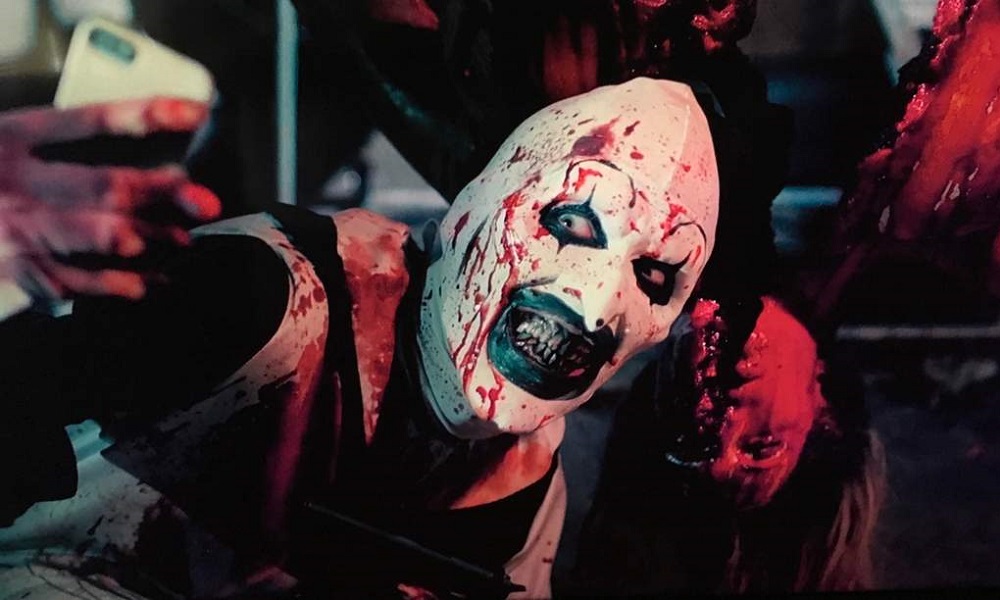 NHE host Scott Murphy chats to actor David H Thornton about his role as Art the Clown in “Terrifier” (interview begins at 1:46). Over the course of the conversation David explains how he came to replace Mike Giannelli in the role, tells some fun on-set stories and how he closely worked with director Damien Leone to develop the character. He even chats a little bit about Terrifier 2 although unfortunately, we could not get any plot details out of him. Also, David gives his reaction to how horror fans have taken Art to their hearts, and he also tells us a bit about his horror convention experiences thus far.

Away from “Terrifier,” David tells Scott all about his love for slashers. We also delve into David’s acting background and how his career got started. Plus he also chats a little about his love for the Joker expresses his ambition to play the character on screen one day. Something we would love to see!