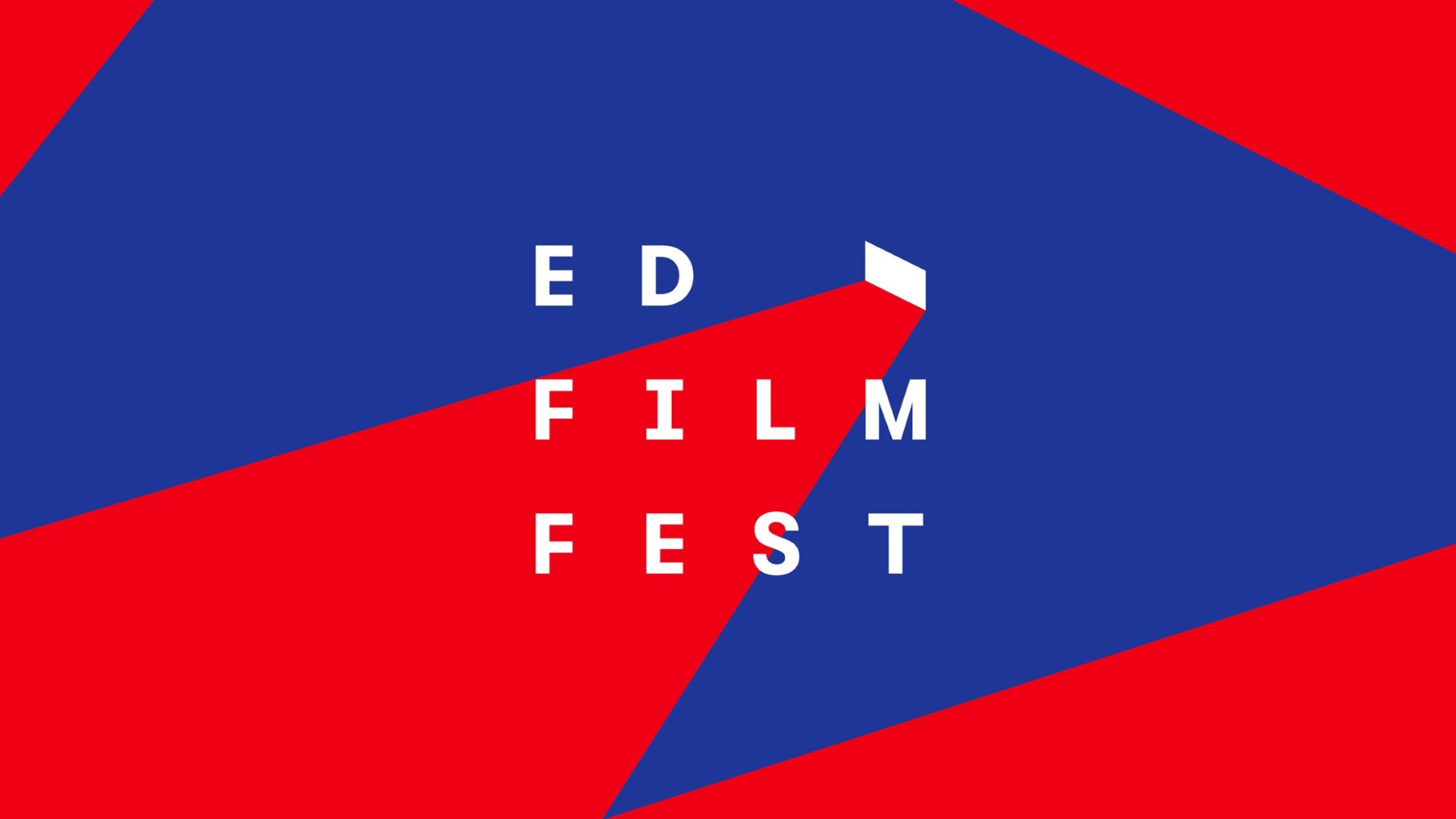 Historically the Edinburgh International Film Festival has not been renowned for giving horror movies much love. However, that seems to have changed in recent times with more and more horror (and genre efforts generally) sneaking their way into the program. Something that we here at New Horror Express is a heartening development.

The only unfortunate thing being that we did not get to catch all this year’s horror efforts missing out on German zombie flick “Ever After (Endzeit)” and Aussie slasher “The Furies” both of which seem to be well received by critics and audiences alike. Here however is a quick round-up of some the films we did manage to catch over the course of the festival:

Eight years after the original actress Pollyanna McIntosh returns to one of her role as The Woman. This time, however, that character takes a back seat with the main focus being Darlin (Lauryn Canny) whom we presume is The Woman’s teenage daughter.

A character we first see dropped off by at a hospital bloody and naked where she is subsequently taken in to care by a Catholic orphanage for girls where she is to be “civilised.”

This change of character focus is far from the only difference as McIntosh as well as starring takes over the reins from Lucky McKee as both writer and director for this effort. Also, those expecting this follow-up to simply follow the blueprint of the original are in for a shock as “Darlin'” is a markedly different beast.

First off Mcintosh has decided to lean into the comedy much more than its nastier predecessor. Also, this is a way more empathetic and humane film than “The Woman.” Sure, initially Darlin is every bit as feral as The Woman, but there is also a real sweetness to the character, and you empathise with her plight at the care home. Here, of course, there are similarities with the movie asking the same questions about supposed civilised society. There is a far more religious satire bent to this here though.

The film’s anti-religious satire element though does not really work as all of the pictures targets are too on-the-nose. On top of which Brian Batt’s Bishop character is so cartoonishly evil, you feel the only thing he is missing is a moustache to twirl.

Away from the religious stuff and occasionally clunky script, there is a lot to like particularly Canny’s excellent central performance. Also, there are some wonderfully darkly comedic set-pieces, and it is very handsomely shot film it’s sun-dappled look giving it a real fairy tale feel. Plus, Mcintosh’s rousing feminist finale is sure to put a smile on your face. All in all, a worthy companion piece to “The Woman” and a solid start to McIntosh’s directorial career.

The story focuses on Lizzy (Caitlin Gerard) a tough 19th Century frontierswoman who, due to tragic circumstances, finds herself alone in an isolated ranch. Over the course of the films running time, she descends into madness. Or does she? Maybe she is, in fact, being menaced by supernatural forces. We are not sure as like many things in the movie, it is left somewhat opaque.

Some of it ends up being a little too opaque as the non-linear flashback-heavy narrative can be hard to track of and proves downright frustrating at times. These frustrations however never threaten to topple proceedings as the film hinges on atmosphere far more than on narrative. Moreover, what an atmosphere it is as Tammi creates an effectively oppressive mood to the piece.

The most obvious comparison in terms of mood here is “The Witch,” another slice of Americana folk horror. Funnily, even share the fact that both feature an evil goat (although the one featured is not quite Black Philip). Much like that picture every aspect here is made to unsettle and give a sense of isolation from the sound design with the constantly howling wind of the title to the beautifully shot evocative use of the Western frontier landscape.

The mood may be impressive, but the movie really sings as an incredible performance by Gerard matches it. She is given a difficult task as she is the only presence on screen for the bulk of the film. However, it is a task she is more than up to equally convincing as the hardened survivor we first encounter, and the mentally fractured figure she becomes by the end.

Also, despite the fact, this is mainly a slow-burn psychological thriller Tammi manages to throw a couple of genuine jump scares here and there. The jumps made more effective by being genuinely unexpected, unlike in so many mainstream horrors about things that go bump in the night.

“The Wind,” despite its narrative flaws, is an excellent mood piece which may frustrate some but is sure to be lapped up by lovers of intelligent indie horror. It also marks Tammi as a major new horror talent, and it will be fascinating to see what she does next.

Director Emily Harris’s debut feature is the latest retelling of Sheridan Le ‘Fanu’s 19th Century vampire novel (which predates Bram ‘Stoker’s Dracula). However, while it is a tale that may have been told several times before it has probably never been told quite like this as Harris has chosen to put the supernatural elements on the back burner focusing her attention instead on the central lesbian love story.

Before we get to the love story though the plot’s initial focus is on the daily life of Lara (Hannah Rae) who lives a cosseted life confined mainly to her father Mr. ‘Bauer’s (Greg Wise) mansion while being left under the stern tutelage of Miss Fontaine (Jessica Raine). Fontaine along with teaching Lara needlepoint and the like also forces to carry out tasks using her right hand as the left is seen to be sinful. Her strictly routined life is thrown for a loop though by arrival of the mysterious Carmilla (Devrim Lingnau) who is taken by Mr. Bauer after being injured in a carriage crash.

It is at this point the picture kicks into gear as while well-acted the story feels quite languorous in the beginning. The same could be said for plot overall as it feels a bit thin at times. Not to mention the coming-of-age love story is not absorbing it is, and both Rae and Lingnau give touching, vulnerable performances, but the viewer is continuously kept at ‘arm’s length, and there are parts which feel dramatically inert. Which is particularly frustrating as it is clearly an intelligently made film with real things to say about female empowerment and people’s rush to persecute the “other.”

While there may be some quibbles in the story and pacing department, there can be no such complaints when it comes to the look of the movie. As nearly every scene looks beautiful and it easy to see that director Harris comes from a fine art background given how meticulously composed each and every shot is. You could easily frame any number of the candle-lit interiors or loving shots of nature here.

“Carmilla” is undoubtedly an interesting version of the material but one that could have been a whole lot better if only it dared to inject a bit of the full-bloodied melodrama it steadfastly sidesteps.

Jim Jarmusch while not known for his genre output he has actually tried out various genres be it Western (Dead Man) or Action (Ghost Dog) and this is the second time he has tried out the horror after 2013’s hypnotic vampire effort “Only Lovers Left Alive.”

Granted none of these were straight ahead genre efforts and were all done in a dry, laconically paced style that Jarmusch has built his reputation upon. So does he similarly subvert the zom-com with this? Not really.

Sure there are elements that seem in keeping with the director’s style particularly Adam Driver and Bill Murray’s deadpanning cops, Officer Ronnie and Chief Cliff, who are the first to be aware of the zombie menace who descend on Centreville. Also, Tilda Swinton Scottish-accented samurai wielding funeral director Zelda feels like a very Jarmusch touch, but much of the rest of the film feels very familiar from several other zombie flicks.

Like many a zombie movie, the main seems to be satirical with zombies roaming about staring at their phones or returning to favourite shops or in case of Iggy Pop’s zombie desperately searching for coffee. In what is a funny cameo. All of this consumerist satire stuff is fine when done well, but here it feels too heavy-handed, and you can’t help feel Romero did this all better forty years ago.

A feeling compounded by the frequent references to Romero amongst the myriad other movie references, some of which feel forced. Particularly a random conversation about the layout of the Bates Motel. Similarly, some of the meta-humour feels shoehorned in although some of is pretty humorous particularly in the opening where Murray is trying to place the song on the radio and Driver informs him it’s the theme song.

Most of this makes it sound like this is an effort to be avoided, but that would be unfair. As for all the films flaws, there is also a breezy likability to proceedings, and while there might not be belly laughs, there is still chuckles throughout. Certainly, Murray and Driver bounce off well together, and Swinton gives a committedly demented performance. The rest of all-star cast from Tom Waits to Steve Buscemi to Danny Glover to Chloe Sevigny generally acquit themselves well too.  Plus you will be humming the theme song for days.

“The Dead Don’t Die,” in the end, maybe a middling Jarmusch effort but it still manages to be an amiable zom-com that probably doesn’t the shellacking it received in some quarters.