Review: The Witch in the Window 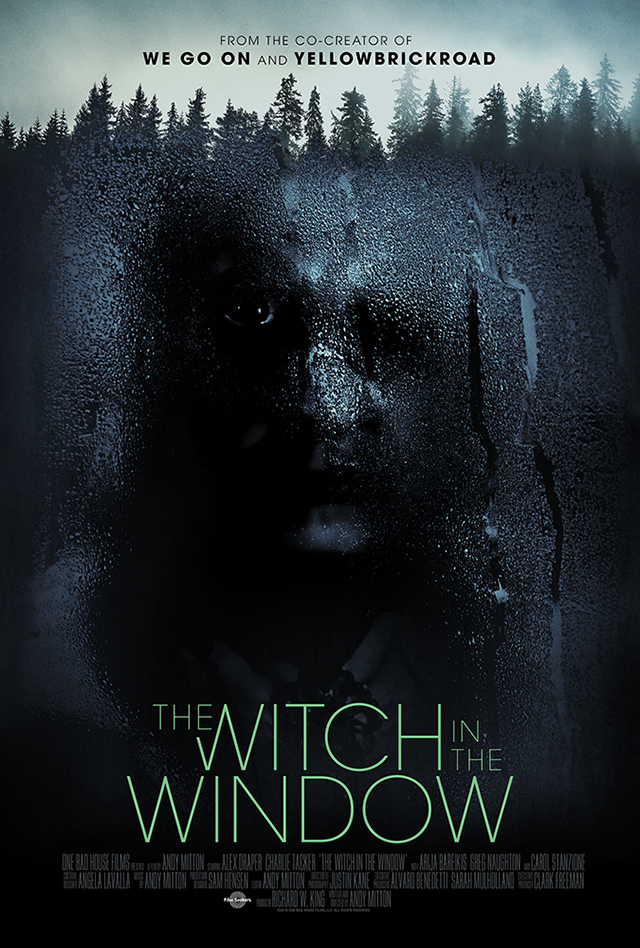 “Witch in The Window” is Andy Mitton’s first solo directorial feature after previously making “YellowBrickRoad” and “We Go On” with his screen collaborator Jesse Holland. Much like those films, this film has picked up plaudits on the festival circuit after premiering at Fantasia Fest in July. The movie also sees Mitton reunite with actor Alex Draper who is a long-time acquaintance of Mitton’s and one of the stars of “YellowBrickRoad.”

The plot focuses on Draper’s character divorced dad Simon who takes his twelve-year-old son Finn (Tacker) on a trip to fix up a house he has bought to flip in rural Vermont. However, it is not too long before they hear of the previous owner who died there Lydia who was believed to be a witch by her neighbours. Of course, as this is a horror movie soon after creepy things start to happen.

That said while there is no doubt this a horror movie this is not your straightforward haunted house tale. For one the film is as much a family drama as it is a horror. As the central narrative is about an absentee father trying to reconnect with his son, a plot that could easily tip into lazy sentimentally but instead is beautifully built up here. A good part of this is to do with the acting both from Draper and Tacker who both create rounded, believable characters. Even if Finn initially does come off as your stereotypical sullen adolescent.

The movie also wrong-foots the viewer as most of the jumps and scares happen in the daytime instead of at night. Talking of the jumps and scares these are sparsely peppered throughout the films short running time. Probably too sparsely for quite a few horror fans. Even fans of slow-burn horror may find themselves wanting a few more jumps to have been thrown into the mix. The jumps there are though are well-executed.

While the movie is low on jumps, it is high on atmosphere. There is a certain claustrophobia about the film as we are rarely away from the house and everything about the house is made to feel sinister. Also, Lydia (Carol Stanzione) is a creepily effective villain. There is also a sequence towards the end where the film really lets loose which is very well done, but part of you wishes there had been a tad more of that in what is otherwise an impressive movie.

Overall: Some may quibble about the number of scares, but this slow-burn tale comes with great atmosphere, believable characters and an interesting spin on the old haunted house set-up.