In our latest episode NHE host Scott Murphy has a big announcement about the future of the show – namely we are going fortnightly. This news means you will be getting twice as much New Horror Express in your life! Besides that big news NHE host, Scott Murphy chats to “You Might Be the Killer” director Brett Simmons. They only talk a little about this film as the movie had not yet received its premiere at Fantastic Fest at the time of the recording. There still plenty to talk about though as Scott talks to Brett about his other features “Husk” and “Animal,” his directorial influences, Brett’s squeamishness about other horror movies and lots of other horror-related banter. 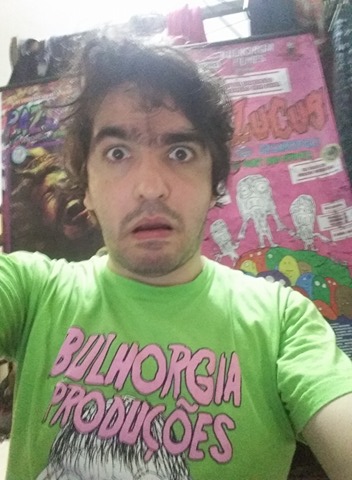 In our second episode we talk to Brazilian Indie Horror Film-maker Gurcius Gewdner about his new film “Pazucus: the island of vomit and despair” as well as his start in film making , his influences, what he is working on now and much much more…

In our debut episode, New Horror Express take a look at the best horror of the year as well as talking to up-and-coming filmmaker Torin Langen about his debut feature 3 Dead Trick or Treaters, the world tour of screenings it has done and much more…