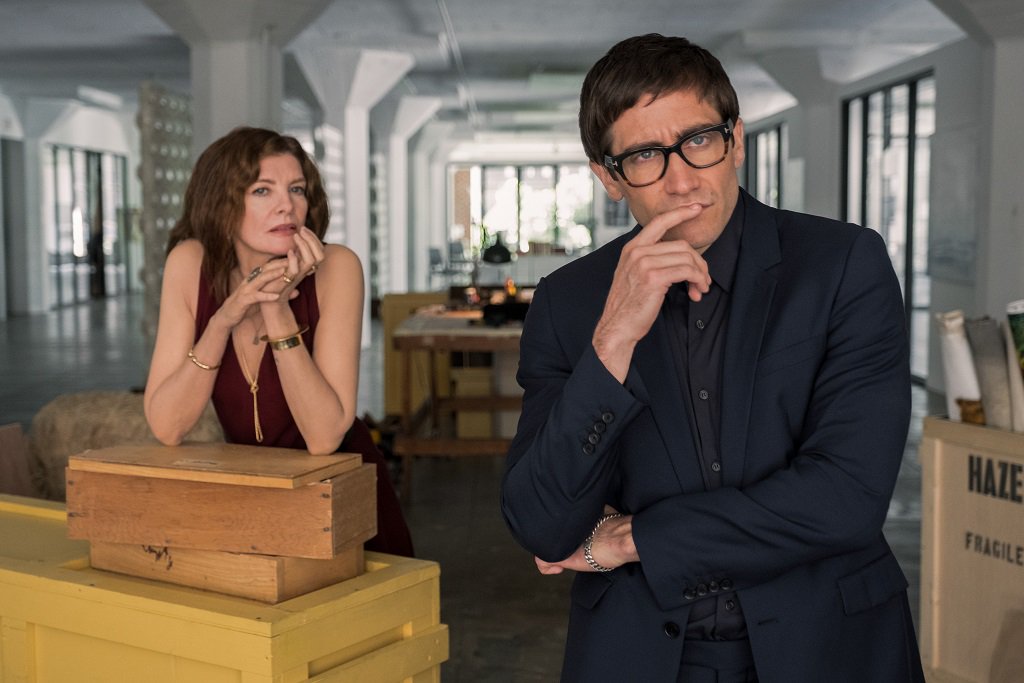 Horror has seen it all killer cars, dogs, mirrors you name it but killer paintings? That might be a new one (although it probably has been done) and it would be about the only new thing in this sophomore effort from “Nightcrawler” director Dan Gilroy. Not to say there is not much to enjoy here as the feature is a campy delight but just to say there are clichés and stereotypes abound.

Certainly, anyone expecting the same razor-sharp satire displayed in the Jake Gyllenhaal-starring “Nightcrawler” will be sorely disappointed. As where that film cleverly satirised the world of the paparazzi and asked intelligent questions about the role, this movie takes obvious pot shots at the commercial art world. A world ripe for satire indeed but given it has been so heavily satirised before it is hard to say anything new and so many of the gags here feel tired. For example, a bit where an art dealer mistakes a pile of garbage bags in an art studio as an artwork seems particularly hack. There are more bits like this, and you may feel they lack the any of the same bite shown in the likes of last year’s “The Square.”

The characters seem similarly one-note a revolving line-up of bitchy, pretentious and shallow art dealers, artists and critics. However, some of these characters are still entertaining given the relish they are played by some of the cast. In particular, Jake Gyllenhaal’s who camps it up to 11 as flamboyantly vicious art critic Morf Vandewalt. Yes, once again the effete razor-tongued art critic is a well-worn trope but Gyllenhaal’s wild-eyed bug-eyed performance brings the character especially the more the movie wears on, and Morf’s sanity starts to fray. Gyllenhaal is not the only one having a ball though as both Toni Colette and Rene Russo bring a similar devilish glee to their respective roles as conniving art dealer Gretchen and ruthless gallery owner Rhodora.

What of these killer paintings then, you may ask? Ah yes as this piece is not only an art satire but a supernatural horror centring on a series of paintings by unknown artist discovered by Josephina (Zawe Ashton), who so happens to work for Rhodora after the artist died in her apartment block. After this bad things start happening to all those who try to profit from them. The horror element, like the satire element, is not as clever as it thinks it is. Also for a movie that is aiming for something arty it’s funny it is not above using a classic cat based fake-out jump scare. On the flip side, some of the deaths are well staged, and there are moments of surreal horror flourishes that really land such when one character ends up turning into graffiti.

In the end “Velvet Buzzsaw” is probably best summed up by itself when Morf manically describes his theory of the cursed paintings to Rhodora and she pithily replies; “A bit baroque, isn’t it?” Indeed.

Overall: If you are looking for intelligent horror, a truly scathing satire or a thought-provoking critique on art vs. commerce look elsewhere, but if you want some campy fun on a Friday night this movie could be just the thing.